Hoarding is a condition that has been popularized in recent years by pop culture and reality TV shows. However, it’s one thing to see a hoarder’s house on the television and another thing altogether to be the person responsible for selling a hoarder’s house. Selling a house is already a painstaking and time-consuming process. Compounding that with tons of items and trash left behind by a hoarder can make the whole thing seem impossible. You can’t just promise to clean it up, put a fresh coat of paint on the place, and expect buyers to line up outside to make you an offer. And if you’re trying to sell a hoarder’s house in Memphis, Tennessee, you have to consider whether and other local factors as well. 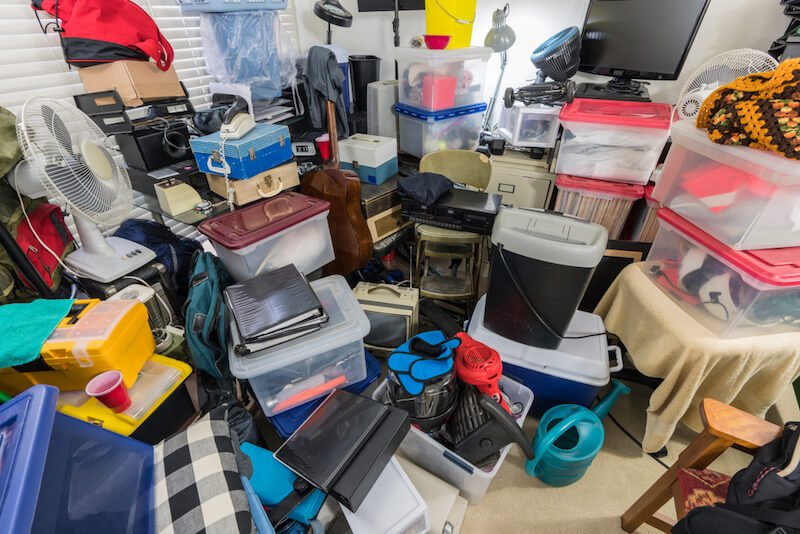 How Can I Sell A Hoarder House In Memphis, TN?

One of the worst ways to start the process is to shame the hoarder or act negatively towards them. While it might be hard for you to understand how things got this way and why someone could end up becoming a hoarder, it’s critical that you do some research before you try to fix the mess. Hoarding isn’t just something someone does because they’re lazy or sad. Hoarding is actually a mental condition that affects many people. In fact, half of all Americans say they know someone who is a hoarder. Also, seven percent of Americans identify themselves as hoarders. That’s millions of people!

The first thing you need to do is have some compassion for the person who became a hoarder and left the house in this state. Make sure they know that selling the house is part of the healing process and not a punishment. In fact, selling a house is a big step towards helping them move forward as well, by moving past this experience. And having the hoarder on your side will make it easier to identify certain issues instead of being surprised by them.

Establish Ownership of the House

Hoarding can often be one of many problems, some of which are more concerning overall. One of the biggest problems that could exist is that the hoarder doesn’t actually have ownership of the house. Or it’s possible that the house has been put in a trust or a relative has taken over ownership, which means you’re not actually allowed to fix it or sell it. So it’s important to get your documentation in order to determine ownership of the house. Not only does it protect the seller you’ll have to be able to prove it to the buyer as well as any lender. The last thing you want to happen is to start the process and get into negotiations only to find out that you don’t actually have the legal right to do so. 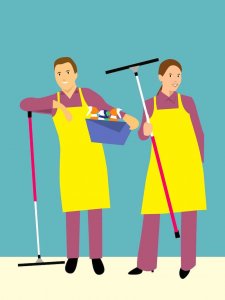 Almost any house for sale is going to have to deal with general wear and tear. The kind of situation where you and some friends could clean it up and get it in shape to sell. That is not the case in a hoarder’s house at all. In fact, this isn’t even the kind of clean-up job that a mom & pop cleaning service can handle. This is a job for extreme cleaning professionals who are trained in hoarding cleanups.

Hoarder’s houses are often said to be like icebergs. What you can see is just a small part compared to what lies beneath the surface. You have no idea what’s lurking at the bottom of each pile or tucked away in each corner and how long it’s all been there. We’re talking about dead animals, dangerous chemicals, excrement, and many other things you don’t want to touch or smell. If you don’t know how to handle a hoarder’s house properly you could get sick or even hurt.

You’ll have to pay a premium fee for this kind of cleaning, but if you want to get the house in the condition it needs to be in on the open market, it has to be done. You need the house to feel livable and the initial cleaning is merely one step in that process. And it’s not just about cleaning, it’s also about getting rid of anything that might be contaminated, be it furniture, fixtures, or otherwise.

Do a Damage Assessment

Cleaning up is the biggest part of prepping the house for sale, but it’s also just the beginning. You’re dealing with a home that has been neglected and most likely hasn’t had any general upkeep in a long time. So while cleaning is imperative, doing a check of the overall structure is critical to determining what other issues are lurking below. 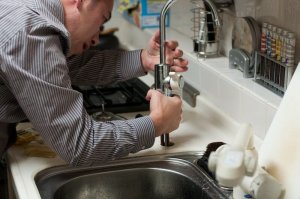 Once the cleaning is done, it’s time to do a damage assessment. Have a professional look at the electrical systems, plumbing, and any other important systems. Consider what appliances need to be fixed and which ones can just be thrown away. There will be costs involved but they are essential if you want to sell to buyers on the open market. People are already going to be extremely cautious about getting involved with a hoarder’s house so you don’t need to give them any extra reasons to think it’s a waste of time.

The truth is, selling a hoarder’s house on the open market is a tough job. Though we’ve shown you things you can do to improve your chances, you are still asking a lot of buyers to spend their money on a house that was so poorly treated for such a long time.

An alternative that not only eliminates all of those issues but also alleviates your burdens is to sell the house as-is to a real estate investor or cash buyer. Real estate investors won’t even require you to clean the house or deal with all of the fixes needed. They’ll take a look at the house privately, determine what they need to do to make it profitable for themselves, and then make you a cash offer. Think of all the time, energy, peace of mind, and money you can save by just selling the house directly to a cash buyer. Let them deal with the cleanup and aftermath while you move forward with your life.

If you’re dealing with a hoarder’s house and want to sell fast for a fair cash offer, click here to get started.

“Actually my brother first called you and he was way out in Leesville cause we were calling somebody else. And he said ‘well let me call this man that I’ve heard so much about’, which was Dane. So Dane, it was on a Sunday, and Dane just jumped in there, told us what all had to do, we had to sign a permission to text different things. And he was very very easy to get along with easy to understand what he was trying to tell us. And he has so much patience because I have a brother that was way out in Leesville going around the corner to the Ricefield he just take over he’s a very difficult person to deal with……” “ …… I am truly blessed that we ran into Dane and his company. I will recommend him and the whole company to anybody as who might have anything to do with selling a house or whatever. You can’t go wrong with Dane, you just can’t go wrong…..”

“Fair Cash Deal and Dane has been wonderful. They have came through with everything that they said it was gonna do and I would use them again quickly if I had to close on anything. I love their attitude and the way that they treat their customers and that is just excellent. It’s the second house that I deal with Dane and Fair Cash Deal and both deals were just wonderful.”

We buy houses in ANY CONDITION in TN. There are no commissions and no obligation whatsoever. Start below by telling us about your property or call (901) 531-9917...